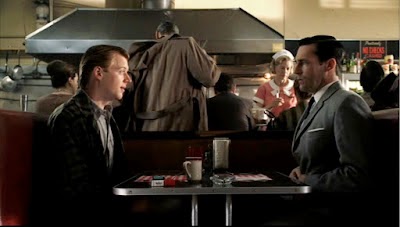 That's when Adam comes to Don/Dick in season one looking for a family connection and Don refuses him. 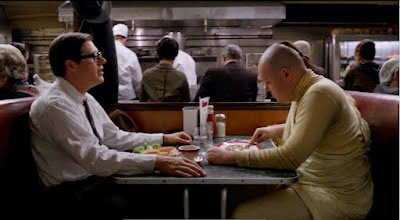 That's season five. Paul is in Hare Krishna and he approaches Harry to get help promoting a script he has written on speculation for Star Trek. Harry talks about family. 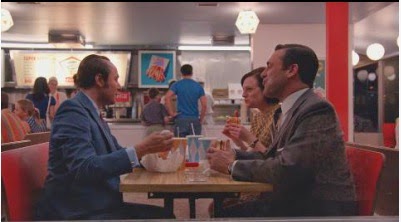 That's last episode and, again, the context is a discussion of family.

The composition in all three is so similar that it cannot be accidental.

2. There is something about Harry

Why is this man hated so much? And before you say that he lies and cheats on his wife you may want to ask yourself which characters that is not true of on Mad Men. Harry's chief failing seems to be no worse than anybody else while lacking in cool.

That's the title of next episode.


That is, as someone says somewhere else, ominous sounding. That is, if we take Don as being Napoleon trying to make his big comeback after escaping Elba.
Posted by Jules Aimé at 9:21 AM