Only one item this week. Since posting this yesterday, I've thought of some some more stuff I wanted to add:

1. Mad Men ratings are down!


So why is it? One theory is pure aesthetics: the show's always been emotionally ugly, but in its new time period it's got the exterior to match. The first season took place in 1960, and the sheer glamour was so compelling that it brought about a revival on modern high streets: hello tailored suits, skinny ties, pencil skirts and so on. But now the 1970s are looming large over Don & co, and if there's one thing that era isn't known for, it's beautiful clothes. Banana Republic probably isn't planning a clothing line based around plaid sport coats and paisley ties.

Shockingly enough, it turns out that style matters. A whole lot.

So Mad Men has ceased to be aspirational, which is surely deliberate on the part of Matthew Weiner and his team.

I wrote this four years ago:


Story arc is not Matt Weiner's forte. As we saw in The Sopranos, his stories don't go anywhere. Although it is often said that these new series are novelistic, his really work more like the writings of Ovid (a comparison that is far more flattering than this stuff deserves). What I mean is that Weiner's forte is not showing change but rather showing the same things happening over and over again.

I think that holds up pretty well. And catch what Weiner himself says about his episodic approach to writing in his very revealing Paris Review interview:


They were uncomfortable with a movie like The Godfather or a story like theOdyssey, where the only thing holding the events together is the characters. Now, there’s this monster, this obstacle, but there’s no real progression—the hero just keeps trying to get home. Sure, Michael Corleone starts off as a young war hero and ends up as the godfather, but the wedding takes up the first half hour of the movie. People liked to talk about “act breaks” and “rising action” leading to a climax, but what about Apocalypse Now? Someone’s on a journey, and sure, we’re heading toward a climax, but there are so many digressions. To me, those digressions are the story.

All of which is fine but there is usually more than just characters holding together an episodic structure. There is a particular worldview at work. When we read good or great episodic writing—Dubliners,  Lives of Girls and Women, Anne of Green Gables, The Odyssey—the thing that makes this writing good or great is the moral worldview at work.
If the question is, "What is it that is making Mad Men ultimately unsatisfying?" the answer is going to be that world view.

Yes, John Chevver. If anything at all explains the long-term problems that plague this once-great show, it's this:


And then, with John Cheever, I recognized myself in the voice of the narrator. His voice sounds like the voice in my head—or what I wish it sounded like.


Cheever's entire career was based on his "exposing" the sordid details hidden in the lives of people like Don Draper. That might sound good if you didn't know anything about Cheever himself.

5. How long do you think it will take us to be a in a place like this again?

I wrote the following four years ago, right after the brilliant ending to an otherwise-disappointing season three. I think it holds up pretty well.


My title for this post is the question that Roger asks Don as they stand in the office of Sterling Cooper for the very last time. My answer; not until the early 1980s. I don't mean for them but the whole culture and what I mean by that is in the following paragraphs. It is also my explanation of why I am almost certain that Season 4 is going to be a major disappointment.
The infamous line about Mad Men is that it will explain why the sixties had to happen. Implicit in that very statement is an admission of failure. No one says they need to explain why good thing had to happen. Good eras are their own justification and we thank God they happened at all. No, the second someone says they are going to explain why something had to happen they are already apologizing for it. It's like a divorce or an abortion, no one thinks these things are good; the most they can do is try to justify why they "had to happen".
I doubt very much that Mad Men will pull this trick off; it's hard to see how any TV show could but if they were even going to try that wonderful set had to go. More than one critic has bemoaned its loss but that style—American High Modernism—was a style of optimism and hope and the period we are about to enter from the mid sixties until the crashing failure of the Carter Administration is an era when style and optimism almost died in America. It's still on life support even now.
And it almost died at all levels. The establishment culture of the 1960s was awful and so was the anti-establishment culture. To have showed the cultural events of the 1960s against that background would have been a cruel indictment. And that bodes ill for this show for at least half the enjoyment was being able to see that wonderful style brought back to life. God preserve us from the thought of Nehru jackets, sideburns, bell bottoms, long hair on men, waterbeds and lava lamps ruining this wonderful show.

6. Back to our originally programmed Buick Riviera

This is the early 1970s model. That sales were disappointing is an indictment of the culture of the era and not the car. Even with the front bumper missing, this Riviera looks better than anything on the road today. 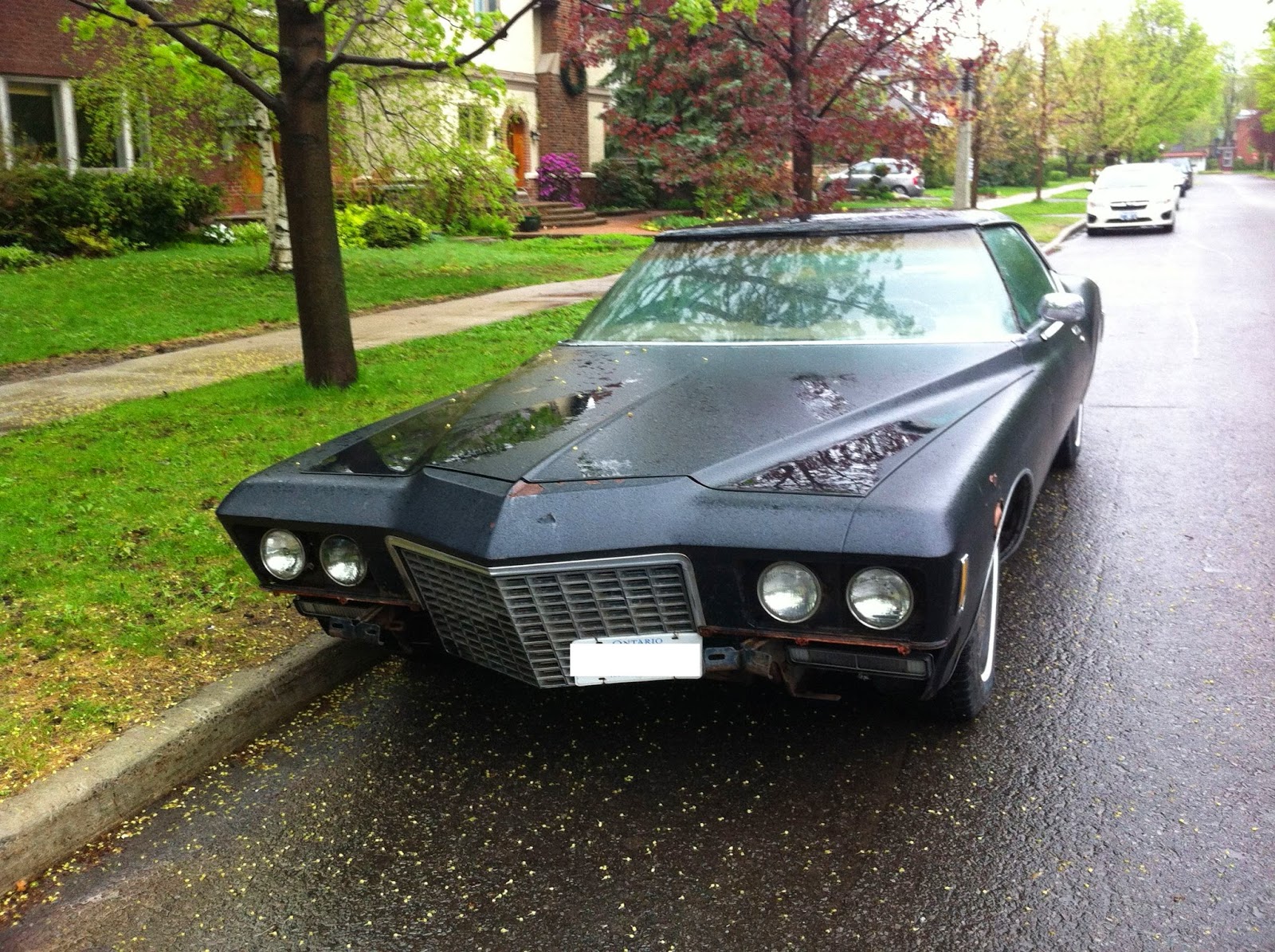 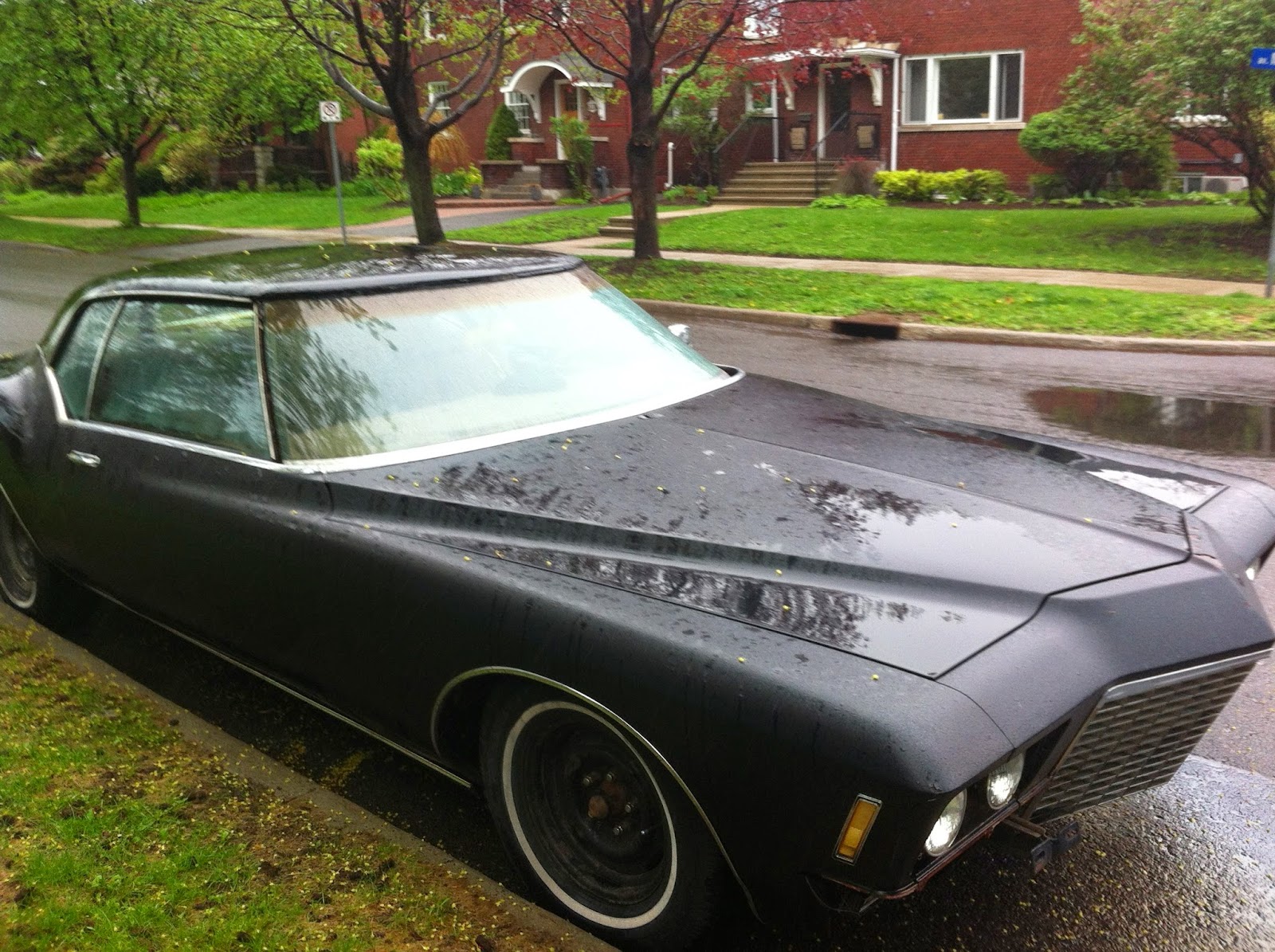 Best of all, a boat tail! 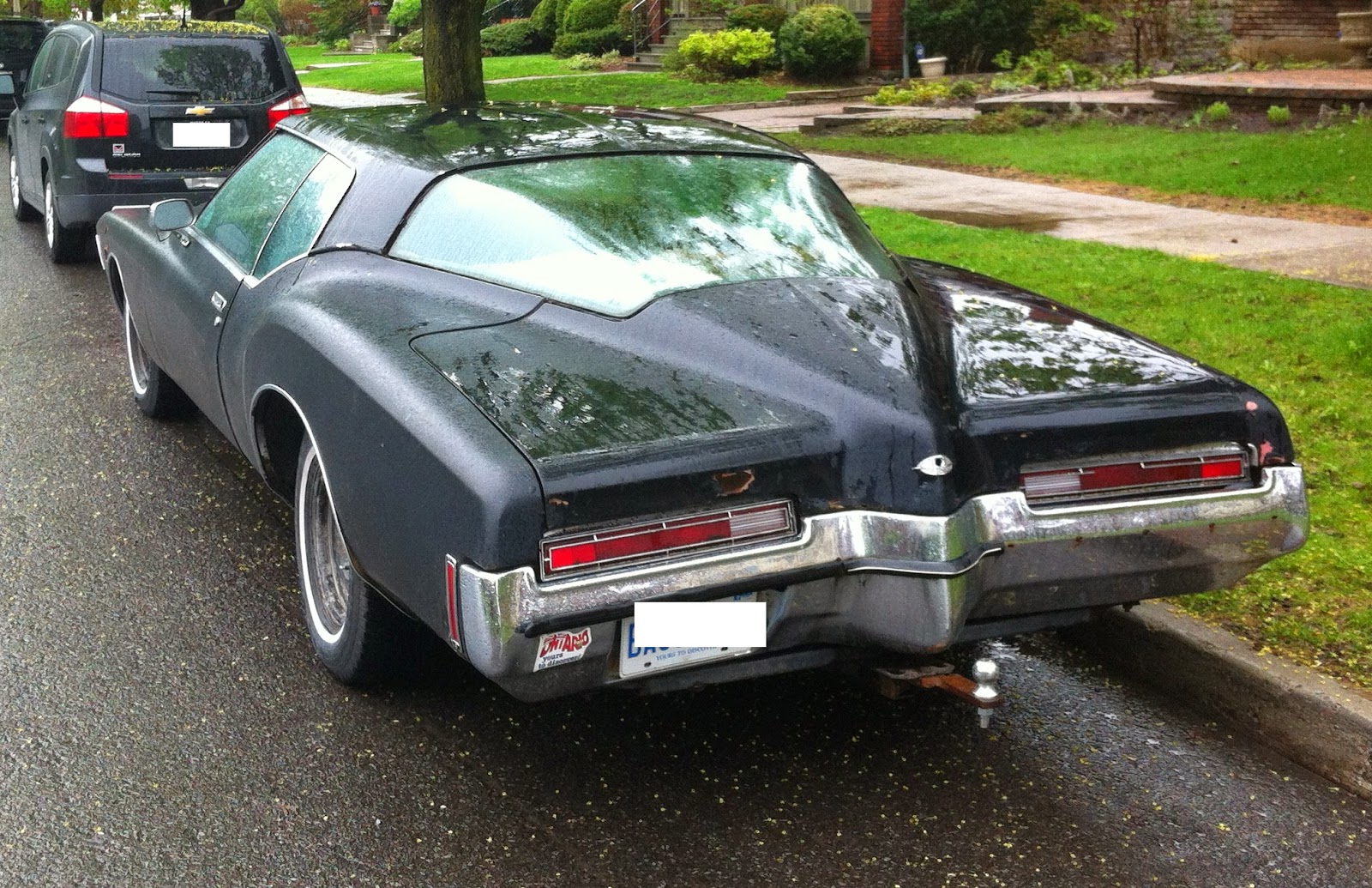