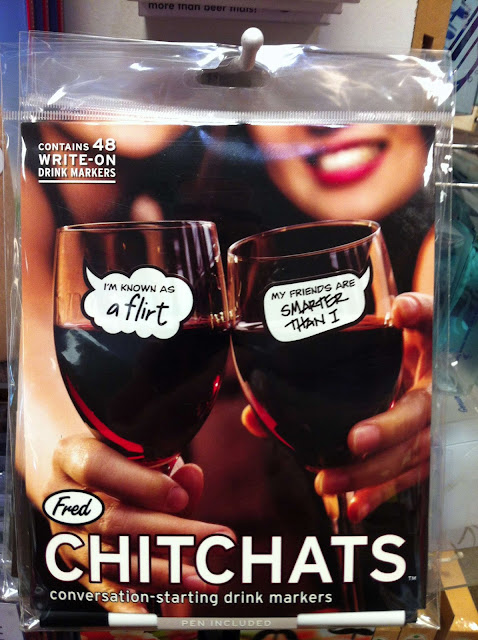 This is why feminism is so hard.

I take it that the drill here is obvious. The markers have the beginning of a thought, such as "Known as ..." or "My friends are ..." above, and each person is supposed to finish the thought. It is supposed to be fun but the actual feeling is like being handed a birthday card and told to write something terribly witty or deeply moving on it as if such things poured out of you with great ease. Party guests dread such things.

But the sales pitch is not aimed at the guests. It is aimed at the hostess or, more likely, the group of college women or a couple of women who are recent college graduates making their way in the city who are having the party.  They are keen to have boys over and they want those boys to feel that they really want to be at the party and they think a good way to do that is to present themselves as easy to talk to. And the makers of this product are pretty certain, with good reason, that their customers will assume that "easy to talk to" = "not too smart".

The only question is who do we blame? The standard line is to blame the seller for burdening women with negative stereotypes when selling the product. The problem with that is that they aren't going broke. No one has ever gone broke underestimating the desire of young women to appear unintelligent for boys.

Email ThisBlogThis!Share to TwitterShare to FacebookShare to Pinterest
Labels: advertising