If you click on that YouTube will probably ask you to sign into prove you are of age. There is some 35 minutes worth of music there but the bit I am concerned with starts at 32:20. This link should take you right there. If you remember Je t'aime moi non plus from a few weeks ago that should strike you as very familiar. It's the Louie Louie riff in the Hang on Sloopy variation with an organ bit over it that is very similar to Je t'aime, moi non plus". Extra bonus points if you recognized that the organ line is clearly inspired by this teenybopper hit from 1969.

I won't belabour the point; the mix of innocence and not so innocent here is quite rich. What I think is worth noticing is how much of our reaction to a piece of music or an image is driven by previous associations we have with it. Once Serge Gainsbourg, Jane Birkin and Julie London had tied slow groove versions of kiddie pop to erotica we could never not think of sex when we heard these things again.

The same thing happened with the visuals by the way. If you look at Sylvia Kristel sitting topless in that rattan throne in the video and notice the clothes she isn't quite wearing, you'll notice how similar they are to what David Hamilton had the teen models he photographed wear. And notice this lingerie ad photo from the same era by Aubade: 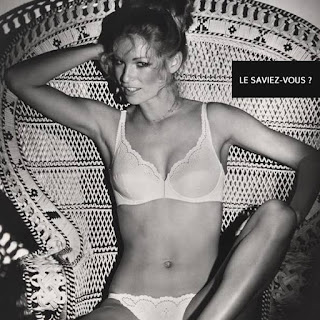 And then there is this cover from Penthouse magazine. 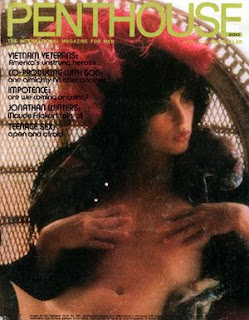 These images are like religious icons in that while the faces may change the symbols establish the subject as the same in some way. And if you were to watch Emmanuelle and listen to Leonard Cohen's Suzanne and read a whole lot of 1970s Penthouse magazines while drinking Harvey Wallbangers it would all somehow make sense. Not because these things go together but because, like Fortnum & Mason, they have been linked together so often that anyone of the elements will bring the others with it.