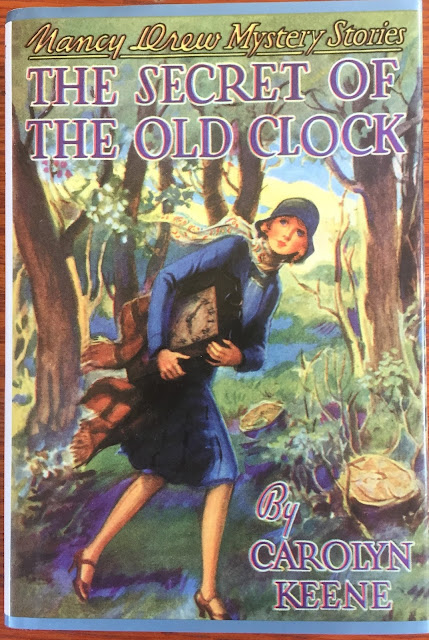 In contrast to Nancy Drew, who typically solves her cases alone (and is almost always featured alone on the covers of her books), the Hardy boys rarely single-handedly solve their mysteries. Instead, the brothers team up not only with each other, but with their father and their friends, operating in what has been the basic unit of male sociality since time immemorial: the all-male gang.

That's Brett McKay in a great  piece called "9 Things a Grown Man Can Learn from the Hardy Boys". I'm using it to as a launching pad to write about Nancy Drew. He's right. Nancy does work alone.

The Nancy books are as close as anything the Statemeyer Syndicate produced comes to Freudian. Wriiten by Mildred Wirt Benson, the series kills off Nancy's mother without remorse. In the first book in the series, the subject gets introduced as follows.


Carson Drew, a widower, showered a great deal of affection upon his daughter; it was his secret boast that he had taught her to think for herself and to think logically.

That's on page 6. The subject comes up again 6 more pages in. Watch for the grammatical mistake as you read this.


After her father left, Nancy Drew finished her breakfast and then went to consult with Hannah, the maid, concerning the work of the day. Although only sixteen, Nancy was unusually capable, and under her skillful direction everything ran smoothly in the Drew household.

On the death of her mother six year before, she had taken over the the entire management of the establishment.

The original really does read "six year before".  I think that's a clue. I suspect the manuscript originally read "one year before". Someone, probably Edward Stratemeyer himself, noticed and thought that was a little harsh, and revised it up to six but forgot to make the noun agree in number. Later editors shifted the death even earlier so that Nancy's mother died when she was only three. 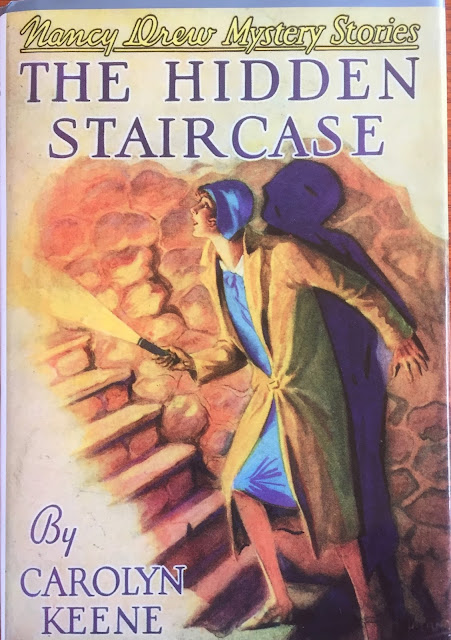 Nancy was created, after an outline prepared by Stratemeyer, by Mildred Augustine Wirt Benson. Wirt Benson was a serious badass who broke with expected norms of womanly behaviour in the 1920s when it was  a lot harder to do than it is today. We can find more clues of how Wirth Benson thought  if we look at the other heroines she create. She killed off all their mothers! The most striking example is Wirt Benson's favourite Penny Parker.


Her eyes sparkled with the joy of youth and it was easy for her to smile. She was an only child, the daughter of Anthony Parker, editor and publisher of the Riverview Star, and her mother had died when she was very young.

Straighten out the clauses and those two sentences tell you that Penny finds it easy to smile because her mother is dead. By the time she wrote Penny, nine years after Nancy, Wirt Benson had learned to hide the brutal way she felt about mothers.

She seems to have had similar feelings about other girls. The girls Nancy and Penny encounter are mostly nasty pieces of work or kind-but-ineffectual. And, as Brett McKay rightly notes, Nancy can't wait to get away by herself to solve mysteries. Penny is no different.

The thing that really strikes me about McKay's observation is that it runs counter to what you most often find in real life. Girls form gangs naturally and easily. It's a struggle for boys. We do it, we just don't do it as easily.

This was partly Stratemeyer's genius.  He reversed a lot of standard elements of children's literature. His heroes and heroines were independent and distrustful of authority. When his daughters took over the syndicate, they fixed that. His books weren't didactic. And, I would suggest, they dumped the male loner and the collaborative female who is such a big part of most literature aimed at kids. And good for him! But the two original ghostwriters for Nancy Drew and the Hardy Boys, Wirt Benson and Leslie McFarlane respectively, were the ones who made them feisty.* 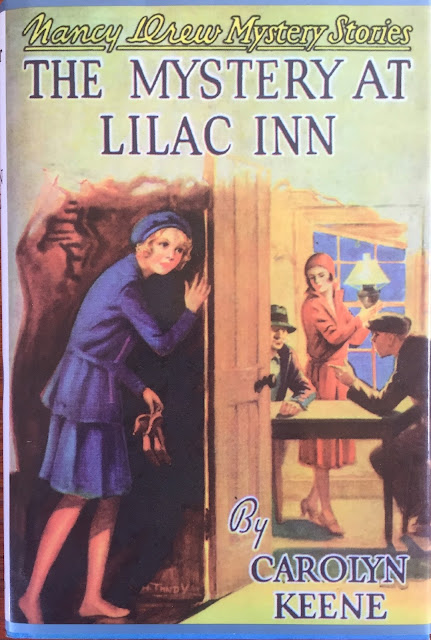 The other people we should credit are the boys and girls who kept the books in print decade after decade. My speculation is this: in the modern world boys often find themselves alone and wishing they were part of a gang while girls find themselves defined by the women around them and wishing they could break free and be individualists. And this rooted in an inescapable fact about modern childhood.

Tyler Durden famously said, “We’re a generation of men raised by women. I’m wondering if another woman is really the answer we need.” That's true but it never occurred to me that the same is true for women. Every normal woman must be tempted, at times, to spit upon her hands, hoist the black flag, and begin cutting other women out of her life. Nancy Drew's immense popularity testifies to this.


As Bobbie Ann Mason points out in her excellent 1975 history, “The Girl Sleuth,” Nancy Drew is a paradox—which may be why feminists can laud her as a formative “girl power” icon and conservatives can love her well-scrubbed middle-class values.

That's from an informative but misguided New Yorker article, misguided because it does not give Wirt Benson due credit for the creation of Nancy Drew. That's important in this context because its Wirt Benson who created just that paradox. We could also reasonably ask whether the paradox lies with Nancy or whether it lies with contemporary feminism and conservatism. Feminism tends to encourage women to be who they want to be but then contradicts that by it's collectivist politics. Modern conservatism, meanwhile, has a social conservative side and a strongly libertarian side living cheek by jowl and neither side is entirely comfortable with the other. 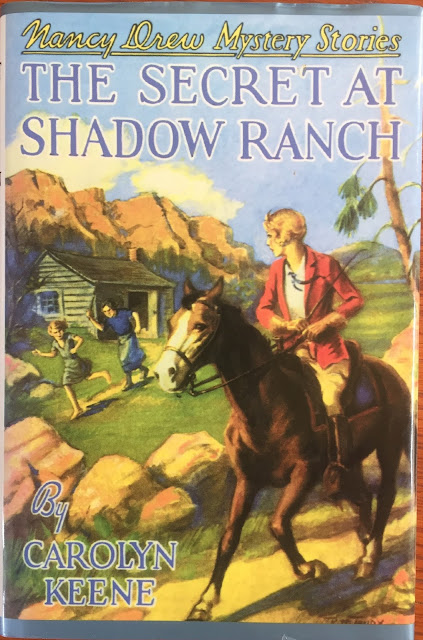 Nancy Drew, I would argue, is the one who is free from paradox and tens of millions of girls get that. They go from mothers at home to female teachers at school and university and they yearn to break free from them sometimes as Nancy does.


* The books where these two authors and Edward Stratemeyer had the most influence are the best. That is the first five Nancy Drew mysteries and the first ten Hardy Boys. You want pre-1959 editions as they were gelded after that. Pictured are my copies of a series of facsimile editions produced by the very good folks at Applewood Books. If you're a reader they are an even better deal than the originals as they are printed on better paper. Alas, they are out of print so you'll have to find used copies.
Posted by Michel at 2:41 PM