ADDED: I wrote this post a little too quickly because I was tired and see all sorts of typos and missing logical steps by the light of day (even more than usual) that I will have to fix as best I can now.

This is a problem even with some official statements of Catholic social teaching. You don’t know what to do with them. I know something about theology and something about politics and I haven’t a clue.

Catholic social teaching is a mess and it's an outdated mess at that. The only reason most Catholics aren't clamouring for church leaders to do something about this is their, probably well-founded, fear that it could only get worse.

Monday morning afterthought: It strikes me that David Mills, the writer I quote above, real concern is that Catholic social teaching does not and cannot be made to endorse a specific set of policies that he endorses. I can understand his frustration but it is a good thing that Catholic social teaching cannot be made to fit social policy. It is a moral teaching. Its primary concern is with the morality of political and economic choices and not with systems.

I believe democratic republics with free-market capitalism are the best way to protect the freedom and dignity of human beings. Socialism, on the other hand, has a long record of mass oppression and debasement of human beings and sometimes I wish that the church would recognize this. But that's not the church's job.

“I heard that there were some criticisms from the United States. I must begin studying these criticisms, no?” he said. “Then we shall dialogue about them.”

The "he" in question is Pope Francis. He's either sincere about this or he isn't. We'll know soon enough. I'd say the entire future of his papacy depends on his being sincere and open-minded.

I'd add, that I don't think a meaningful dialogue would be possible during his fall visit. The most he can do is to promise to begin such a dialogue. If the Pope is hoping to come here and settle the issue and then go home, he'll fail.

... okay, but this has created an unfortunate tendency within the church to settle matters by appeal to authority. Far too many people are keen to create doctrine and to be able to order their opponents shut up.

Francis's efforts to demythologize the papacy are healthy corrective for this. Many will object that there are far too many abuses and that we need a strong hand in the Vatican to stop them. That's a nice idea in theory but it calls for a perfect being in the chair and we don't have that.

Humorists have produced a lot of scathing parodies of male pride over the years. When I was a university student, this guy was a favourite. 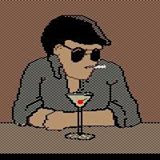 Reportedly based on a guy that Bloom County creator Berkeley Breathed hated in real life. Steve Dallas was officially mocked but secretly loved on my campus. More than a few young men found that women gravitated to them when they stopped trying to be what women claimed they wanted in a man and just did what Steve would do.

While officially mocked right, left and centre, male pride is a highly attractive quality even in an otherwise morally dubious package.

Alice Goffman has gotten plenty criticism, and deserves every bit of it, for her academic work. You can read about it here. But even beyond that, she provides tons evidence of her own moral emptiness.


“Later, the detectives came in: three white guys in plain clothes. Hearing that I hadn’t been at the scene when Chuck was shot, they rolled right past me,” Goffman writes. “By this time I didn’t know exactly who’d killed Chuck, but I had a pretty good idea. We’d spent much of every day together in the months before he’d been shot, and I’d also been around for the previous war. I was thinking I certainly could’ve helped narrow it down for the police, if they’d bothered to ask me. But they didn’t.”

You see this attitude in young hockey players all the time: the fact that he slashed another player across the face is only a moral issue if the ref saw it. What Goffman should have done, what any moral person would do, is to have approached the police and told them that she had information that could help.

Notice also, that Goffman is terribly race conscious. Why doe we need to be told that the police officers are white?

Caveat: It's entirely possible she didn't really have any information that would be useful to the police but likes to believe that she did and so has convinced herself that she did.