What are they selling?

Here's another ad aimed at an audience that really wants to believe but has no ability or interest in critical thinking. 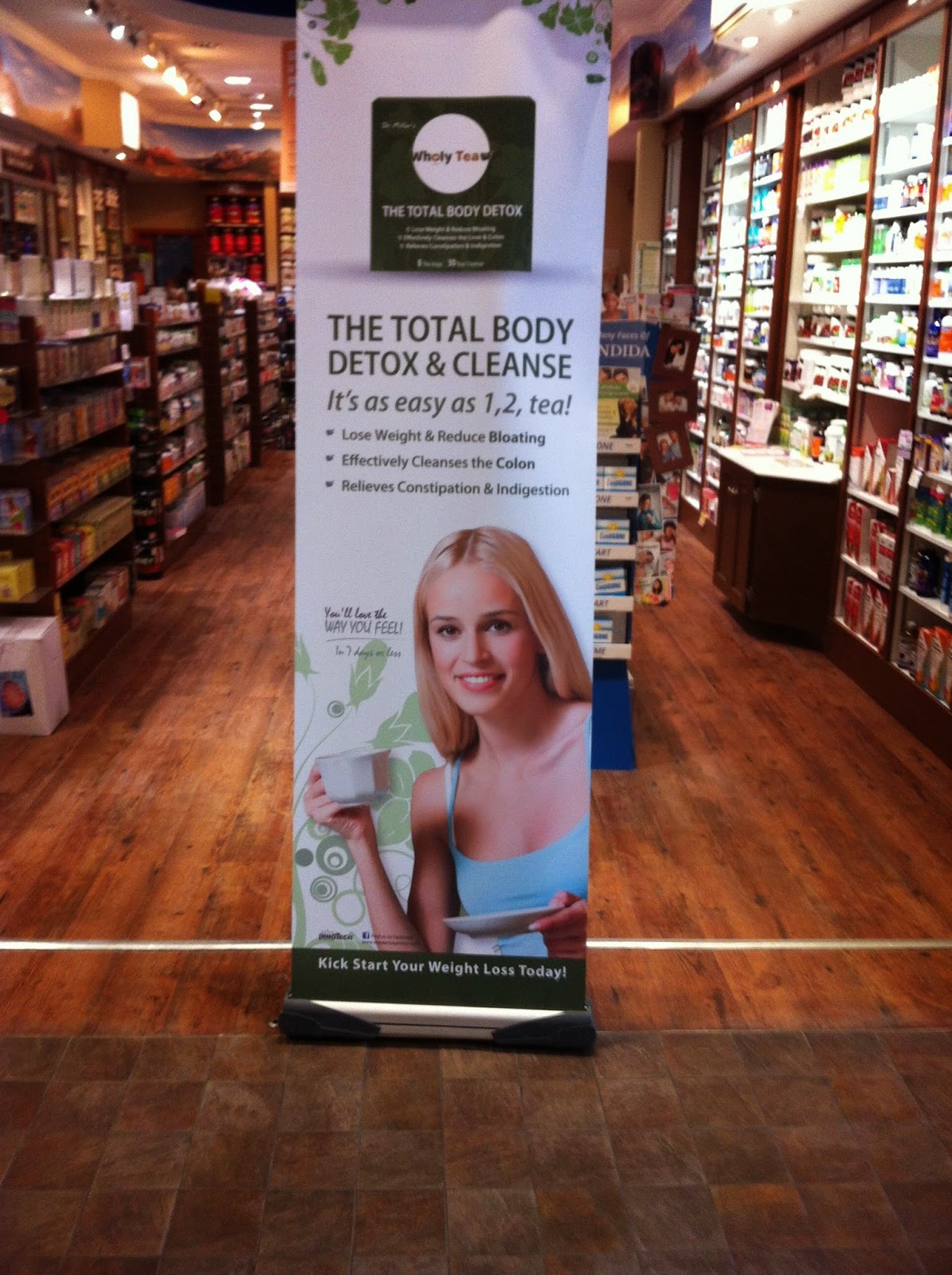 I also love the promise to both cleanse the colon and relieve constipation. In other words, stay close to the toilet after you take this stuff.

"Detox" and "cleanse" sound like they're both, you know, things. There is, however, no scientific basis for the belief that you can detox or clean your system any better than your bodies existing systems already do the job.

And the model is an interesting choice. How do you get hair that blonde and eyebrows that dark? Or teeth that white? Or skin that smooth and completely without variation is colour or markings of any sort? I'm not just being catty here, although I'm definitely doing that. The point I'm making is that the "naturalness" being stressed here only applies within a (very) narrow range.

My guess is that the people women this is aimed at think of excessive body fat not in aesthetic terms—they're not trying to increase their sexual power. Rather, it's a moral category for them and they worry about being fat because they see fat as cause for shame. Shame that, not incidentally, comes just as much from other women as from men.

Shame is a public thing. Shame is what other people use to control you. Shame leads to the belief that you really are the person other people see you as being. It leads you to believe that what you do and how you do what you do cannot change you unless others approve as well. As a consequence, shame only works on what is public (there is no shame for picking your nose in the privacy of your own bedroom, lots of shame for picking your nose in public). Shame also works best preventively. Once a person has been shamed for something they've already paid the price and there is much less incentive to fix the problem.

Shame is not evil. It has its place. There would be a lot more socially undesirable behaviour is not for shame.

Guilt is internal and is focused not on the person but on actions. Why did I do that?  How can I stop doing that? Guilt works best to drive you to fix things that have actually happened rather than things that might happen. A man who secretly watches his friend's teenage daughter get undressed will worry about shame at getting caught while doing it and, if he gets away with it, might feel guilt later as he contemplates what he did and realizes that it was wrong. Fear of shame at being caught might keep him from doing it again but realization of guilt will give him reason to change even if he is confident he will never get caught.

You can feel guilty about something that no one else knows about, such as drinking in private, and you can also feel anticipatory shame that someone might walk in and catch you. The first might inspire you to stop drinking alone. The second might inspire you to lock the door. "Detoxing" and "cleansing" are shame-driven activities that follow the door-locking strategy. It's a practice favoured by young women who are, so far, still thin but who fear the shame that would come with gaining weight.  They see that model and they they see themselves. That's what they are being sold.

Is it healthier to keep yourself thin because you fear shame than it would be to aim to have the sexiest body you could have (which is a different thing from simply being thin, anorexics aren't sexy) so you could attract the attention of men? Our culture tends to favour the former but it does so on the grounds that a woman should not work at having a beautiful body for men, and especially not for some man, but that she should "do it for herself". If I'm right, though, ads like this tell us that "doing it for herself" is really just a cover story for actions that are really driven by shame. Increasing her sexual power would, on the other hand, give a woman more choice in partners or make an existing partner desire her more.

What do you really want for yourself?

ADDED: We sometimes complain that someone, usually a parent or partner, uses guilt to control us.  What we really mean is that this person is using shame to control us. This isn't just a matter of semantics. Once you understand that the motivating forces driving you are really a matter of shame and not guilt, you have greater power to free yourself. If we describe shame (an external thing) as guilt (an internal thing), we internalize their desire to control us and make it the basis of our own morality. They aren't the problem, we are the problem.
Posted by Jules Aimé at 8:31 AM