Tiki or get out

I'm back with a brand new MacBook Air to replace the one I accidentally spilled water on two weeks ago. This is perhaps a good time to think about the basics that drove me to set up this blog in the first place and to get a fresh start on it.

In the meantime, I've also gone on retreat to the Marian Shrine at Cap-de-la-Madeleine. Being the guy I am, I went of devotion to Mary Magdalene. I have nothing against the BVM, I just like the Magdalene. The church there that later got so closely associated with the BVM and the rosary was originally dedicated to Mary Magdalene (in French, Magdalene = Madeleine). That aspect is now completely obliterated, there isn't so much as a statue or a stained glass window in the place. That's pathetic.

These days there is an immense amount of nonsense peddled about Mary Magdalene but the Catholic Church has nobody to blame but ourselves for this having happened. One of the charges the Magdalene fantasists level at the church is that we have minimized her role. Well, we have. Her feast, which is next Tuesday is only a memorial in Canada. That she rates a full feast ought to be self evident and that she is not so honoured justifies the feminist criticisms levelled at the church. The apostles James and Thomas get feasts, the Magdalene ought to as well.

There are a number of perfectly good hostels run by different religious orders as well as a campground immediately adjoining the shrine but I chose to stay at The Coconut Motel because it has a perfectly preserved Tiki bar from 1962. 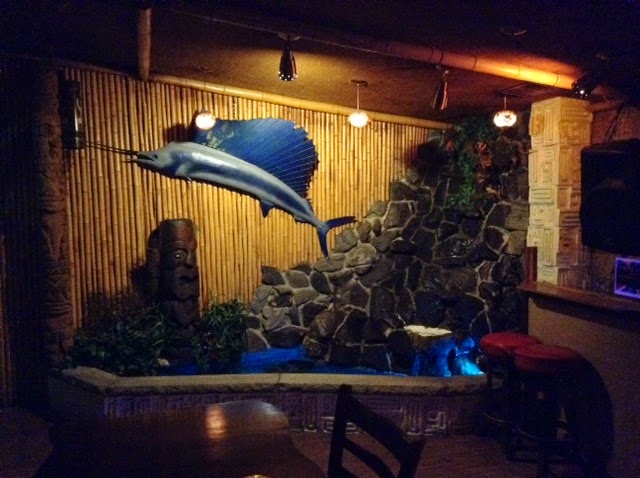 Contrary to the impression this may give, I have an old-fashioned view of retreats. Everyone I mentioned that I was going on retreat to said they hoped I would find enlightenment. Now, I'll take enlightenment if God decides to give it to me and hope I'll be grateful and make good use of it if I get it but I don't go on retreat to seek enlightenment but to retreat by going someplace where no one knows me and spending a few days in prayer. Getting away from all the distractions of life and reconnecting with my faith is the point. And I think that ending each day by drinking a Zombie in a beautiful Tiki bar before heading back to my room to say Compline and go to bed strikes me as a good way to do that.

Does that make you roll your eyes? Don't feel bad if it does; most of my Catholic friends respond that way. It doesn't matter to me because I don't care.

That relates to the theme of my retreat by the way. I went to prayerfully consider a question that may initially strike you as morally irresponsible: If I did not care what people thought of me, how would I live my life differently? I didn't think of that myself—it comes from Robert Glover's No More Mr. Nice Guy. I found myself recommending it to a person who commented on one of my posts and that got me rereading it myself and I decided to go through the life-rebuilding process he recommends and to do it in a very serious way. And doing so has convinced me that a major self-improvement and re-centring project is what I need to do right now.

Now, before I set about justifying this seemingly irresponsible question I set for myself, let me make it even more difficult by acknowledging that Glover is not sympathetic to religion in the book. I don't know that he is anti-religion. What I do know is that every time Christianity comes up in one of the case studies he gives it comes up in a negative light.

Okay, so why do I think this question is a morally responsible one to contemplate while on a religious retreat? If the point of the project was to turn around and start living as if I didn't care what others thought of me. But that's not the point. The point is recognize which of moral behaviours are really driven by a need for approval rather than moral principle. And there are a lot of them. I don't mean to list them here. What I think I will do is use them as a launching point for thinking about virtue. The URL here includes the line "Jules' search for virtue" and that will become literally true.

A quick note, I have not forgotten my promise to reorganize the Brideshead posts. I will do that bit by bit and will post notice here of where readers can find it. I will also create some sort of permalink so people coming here can easily find it. Expect some action on this beginning next week.

I also plan to do some posts on Tiki culture and Exotica. I love this stuff and always have. It's also decidedly uncool right now. 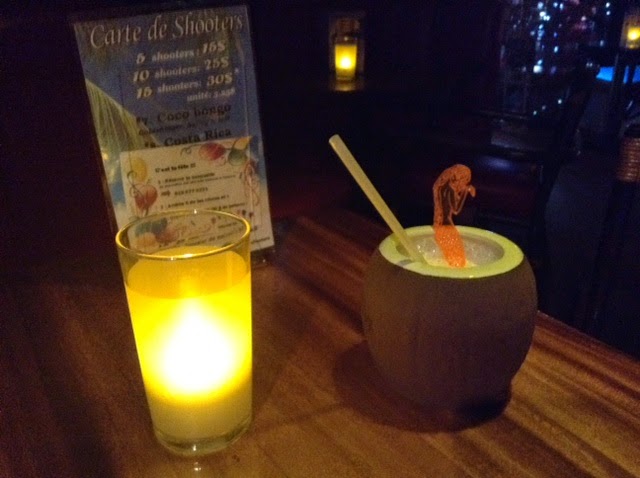