What are they selling?

Here are a few bits of low-lying fruit.

I took this in Ottawa about a year ago. 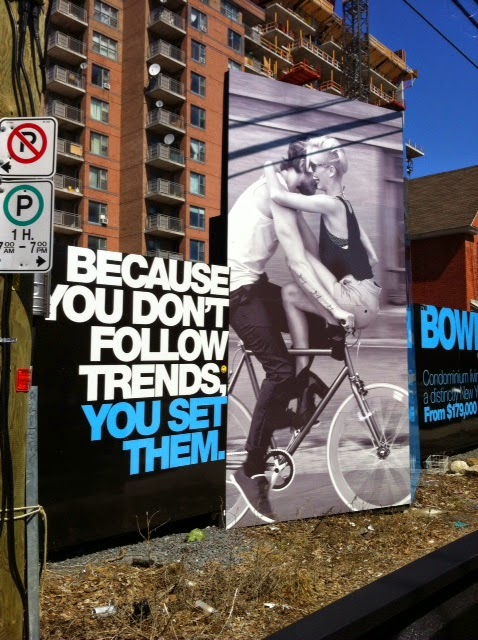 I took this in Toronto about two weeks ago. 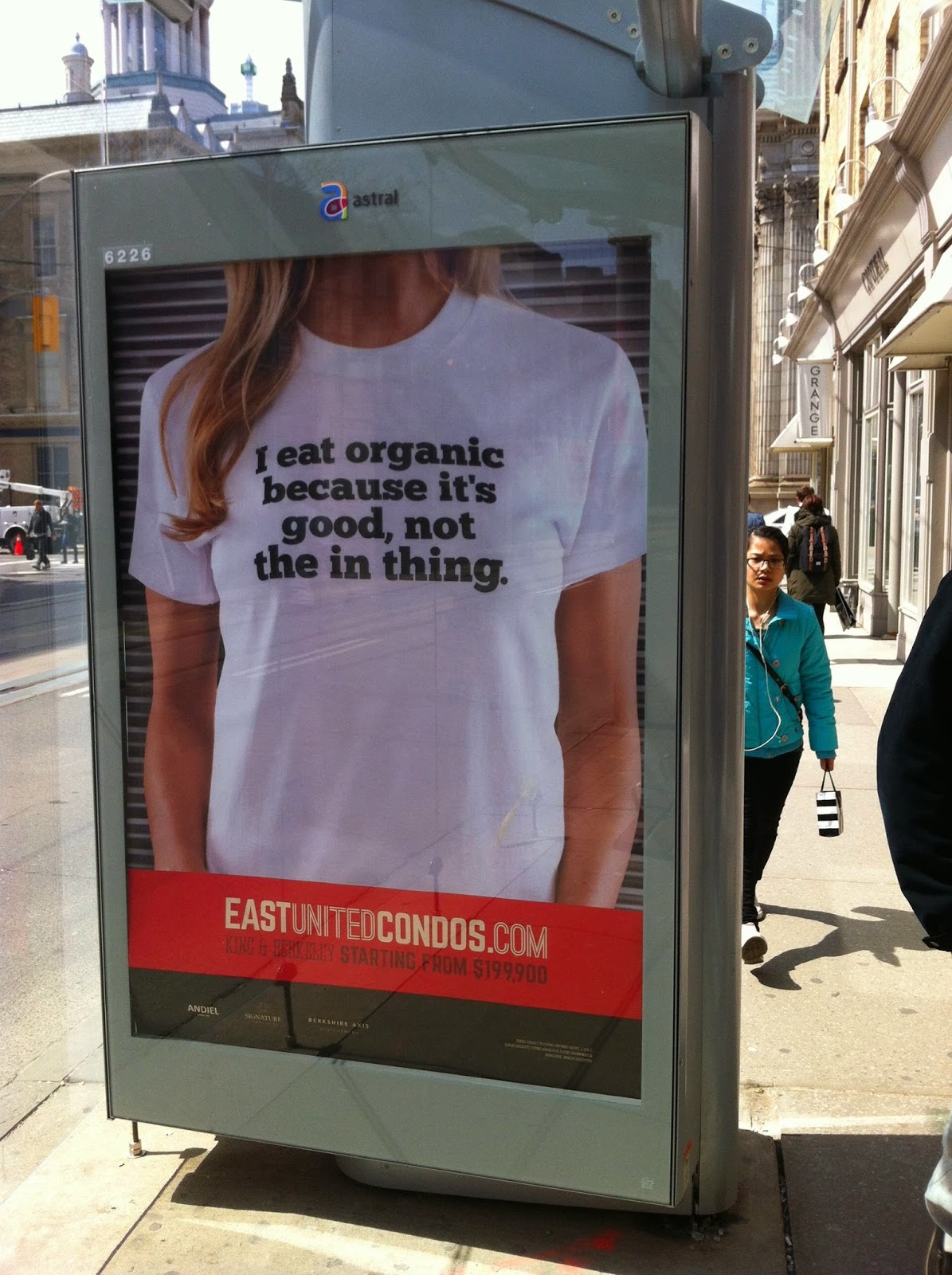 Both messages are stupid. Stupid as in shallow. Both are selling condos. Both are lifestyle pitches; they associate certain (shallow, vain and obviously faked) values with buying particular condos.

The people who made these ads are not stupid. So why did they do this? I don't think it's irony, meaning I don't think they mean for the target audience to think it's all just a joke. No, they think their intended audience really believe this stuff. I think the childlike willingness to accept these values with a complete lack of critical thinking is actually the selling point here.

If we were to go looking for a model for this communication style, the obvious place to look is at places like this: 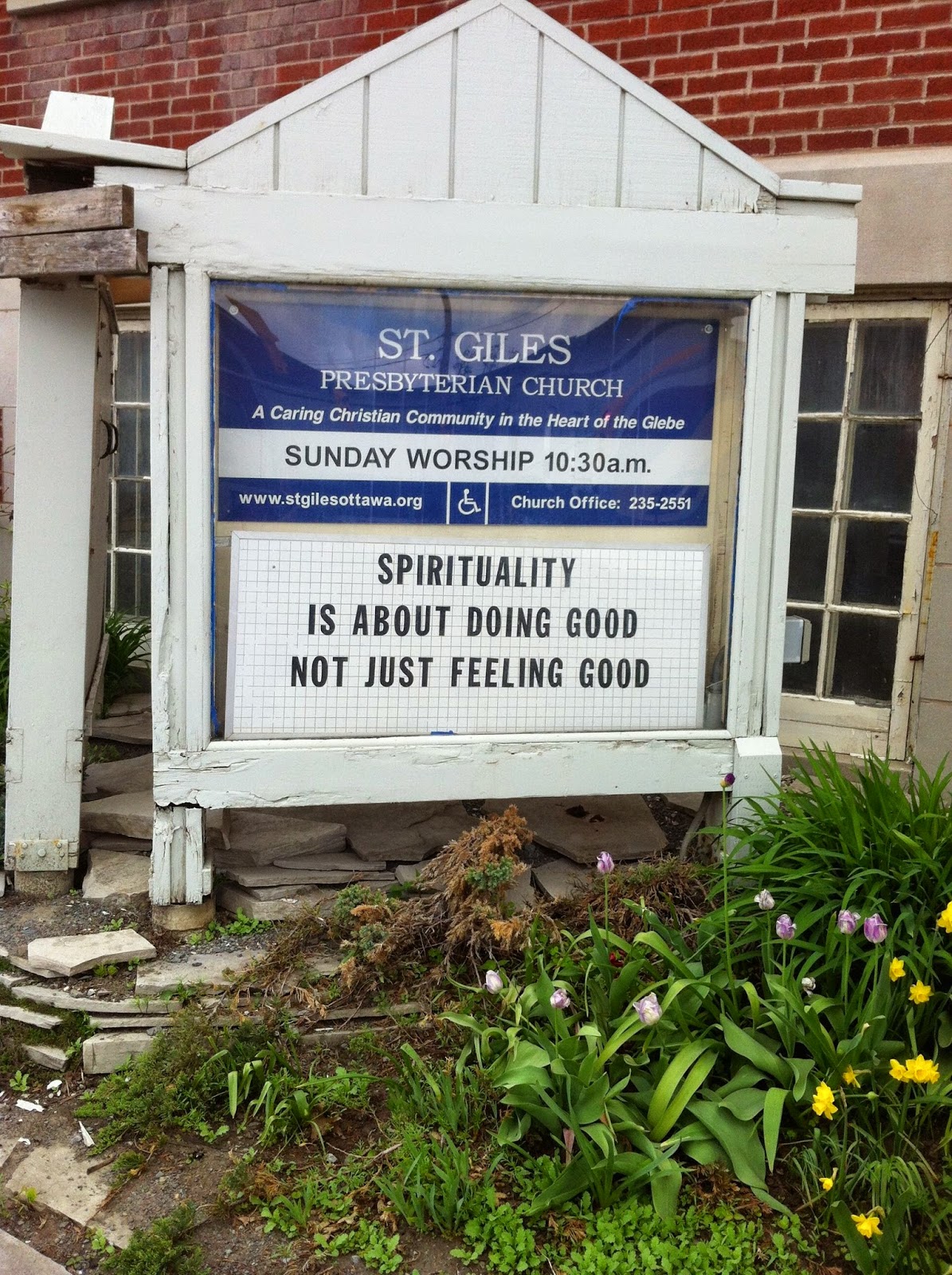 That statement isn't wrong so much as it's meaningless. None of the key terms—"spirituality", "doing good" and "feeling good"—has any meaningful content. I'm tempted to say that this is the nature of religious belief in the 21st century: shallow, devoid of content but very sincere.

I'm only tempted because I suspect that St. Giles is a doomed church barely clinging to life because a few aging donors continue to support it. The striking thing here is that businesses are making millions of dollars selling spirituality while churches are unable to give away the same, admittedly, vapid nonsense. How does that work?

Well, one possibility is that buying a condo involves a serious commitment in that you have to save up for the downpayment and then make your mortgage payments to earn your moral pablum whereas St. Giles only asks that you read their stupid sign. Who'd value anything so cheap?